Q: What is the ruling on a person who removes magic spells using numbers such as: 21, 31, 137, 121, 25; he looks at these numbers in a way which, he claims, belongs to Yunus (Jonah, peace be upon him)? It should be minded that this man does not know how to undo magic. He claims he can conjure spirits, which enables him to know the zodiac of the person before him and whether he has been bewitched. If not, he says to him, “Your zodiac is zero” after having taken the name of the bewitched person and his mother’s as well. Is this practice permissible and attributable to Yunus (peace be upon him), or is it against the Qur’an and the Sunnah and have not been reported from the Salaf (righteous predecessors)? What is the ruling on a person who goes to those who claim to remove spells using this way and believes in its validity? Please reply with evidence.

A: If the case is as you have mentioned, such a person is a soothsayer. There is no evidence that this method is attributed to Yunus (peace be upon him). This is not Islamically sanctioned and one should not consult these people, rather they must be denounced, as the Prophet (peace be upon him) stated, Whoever goes to a diviner and asks him about any matter, his Salah (prayer) will not be accepted for forty nights. Narrated by Muslim in his Sahih (authentic) Book of Hadith. The Prophet (peace be upon him) also stated Whoever goes to a soothsayer or a diviner and believes what he says, has disbelieved in what was revealed to Muhammad. Narrated by Imam Ahmad and the Four Compilers of Hadith with a Sahih (authentic) Isnad (chain of narration). The Prophet (peace be upon him) also stated Anyone who acquires any knowledge of astrology has acquired a branch of magic. (Part No. 1; Page No. 617)  Narrated by Abu Dawud from Ibn ‘Abbas with a Sahih Isnad. May Allah grant us success. May peace and blessings be upon our Prophet Muhammad, his family, and Companions. 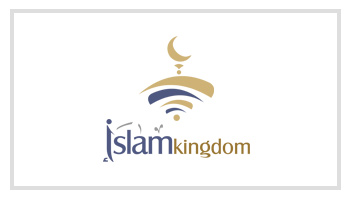 Consulting a doctor who treats patients with Arabic medicines

Harm or benefit only by the Will of Allah