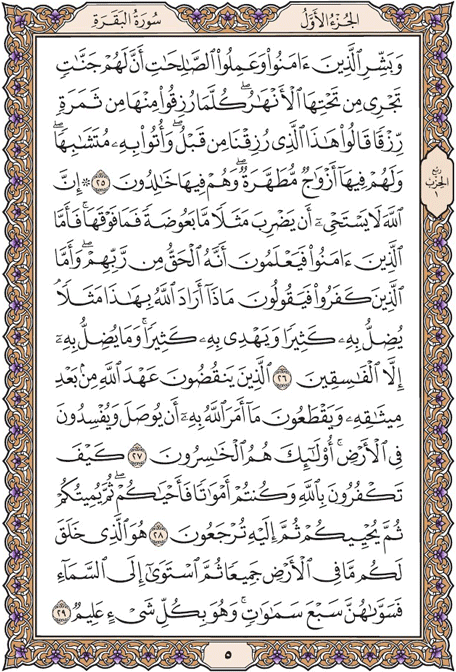 Announce to those who believe and have done good deeds, glad tidings of gardens under which rivers flow, and where, when they eat the fruits that grow, they will say: "Indeed they are the same as we were given before," so like in semblance the food would be. And they shall have fair spouses there, and live there abidingly.

God is not loath to advance the similitude of a gnat or a being more contemptible; and those who believe know whatever is from the Lord is true. But those who disbelieve say: "What does God mean by this parable?" He causes some to err this way, and some He guides; yet He turns away none but those who transgress,

Who, having sealed it, break God's covenant, dividing what He ordained cohered; and those who spread discord in the land will suffer assuredly.

Then how can you disbelieve in God? He gave you life when you were dead. He will make you die again then bring you back to life: To Him then you will return.

He made for you all that lies within the earth, then turning to the firmament He proportioned several skies: He has knowledge of everything.