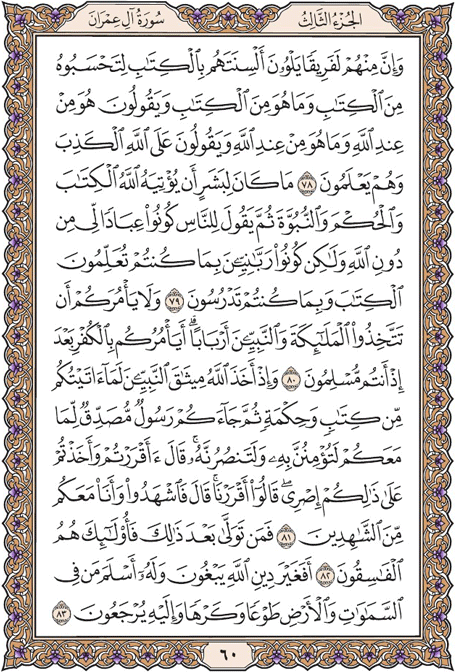 And [recall, O People of the Scripture], when Allah took the covenant of the prophets, [saying], |Whatever I give you of the Scripture and wisdom and then there comes to you a messenger confirming what is with you, you [must] believe in him and support him.| [ Allah ] said, |Have you acknowledged and taken upon that My commitment?| They said, |We have acknowledged it.| He said, |Then bear witness, and I am with you among the witnesses.

And whoever turned away after that - they were the defiantly disobedient.

So is it other than the religion of Allah they desire, while to Him have submitted [all] those within the heavens and earth, willingly or by compulsion, and to Him they will be returned?