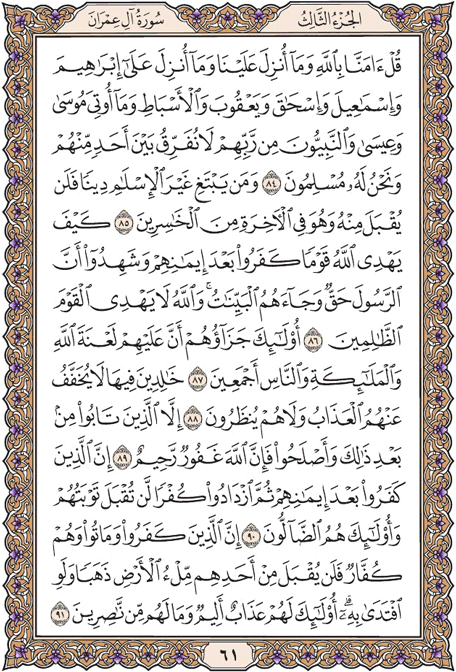 And whoever desires other than Islam as religion - never will it be accepted from him, and he, in the Hereafter, will be among the losers.

How shall Allah guide a people who disbelieved after their belief and had witnessed that the Messenger is true and clear signs had come to them? And Allah does not guide the wrongdoing people.

Those - their recompense will be that upon them is the curse of Allah and the angels and the people, all together,

Except for those who repent after that and correct themselves. For indeed, Allah is Forgiving and Merciful.

Indeed, those who reject the message after their belief and then increase in disbelief - never will their [claimed] repentance be accepted, and they are the ones astray.

Indeed, those who disbelieve and die while they are disbelievers - never would the [whole] capacity of the earth in gold be accepted from one of them if he would [seek to] ransom himself with it. For those there will be a painful punishment, and they will have no helpers.