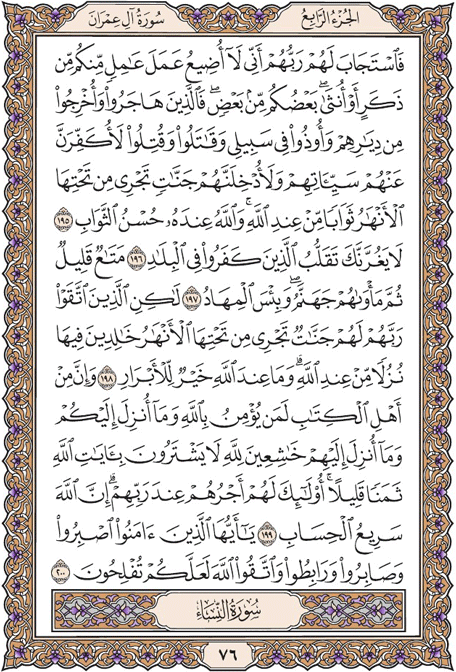 And their Lord responded to them, |Never will I allow to be lost the work of [any] worker among you, whether male or female; you are of one another. So those who emigrated or were evicted from their homes or were harmed in My cause or fought or were killed - I will surely remove from them their misdeeds, and I will surely admit them to gardens beneath which rivers flow as reward from Allah , and Allah has with Him the best reward.

Be not deceived by the [uninhibited] movement of the disbelievers throughout the land.

[It is but] a small enjoyment; then their [final] refuge is Hell, and wretched is the resting place.

But those who feared their Lord will have gardens beneath which rivers flow, abiding eternally therein, as accommodation from Allah . And that which is with Allah is best for the righteous.

O you who have believed, persevere and endure and remain stationed and fear Allah that you may be successful.