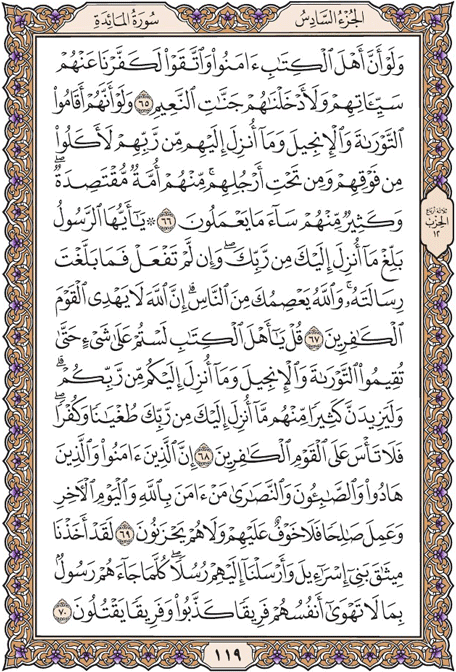 If the people of the Book had believed and feared, We would surely have absolved them of their sins, and admitted them to gardens of delight.

And if they had followed the teachings of the Torah and the Gospel, and what has been sent down to them by their Lord, they would surely have enjoyed (blessings) from the heavens above and the earth below their feet.

Some among them are moderate, but evil is what most of them do! O Prophet, announce what has reached you from your Lord, for if you do not, you will not have delivered His message. God will preserve you from (the mischief of) men; for God does not guide those who do not believe.

All those who believe, and the Jews and the Sabians and the Christians, in fact any one who believes in God and the Last Day, and performs good deeds, will have nothing to fear or regret.

We had taken a solemn pledge from the children of Israel, and sent messengers to them; but whenever an apostle came to them bringing what did not suit their mood, they called one imposter, another they slew,