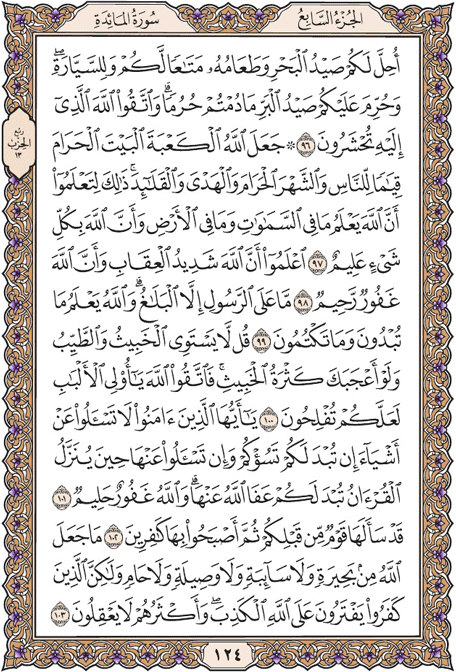 Allah has made the Ka'bah, the Sacred House, standing for the people and [has sanctified] the sacred months and the sacrificial animals and the garlands [by which they are identified]. That is so you may know that Allah knows what is in the heavens and what is in the earth and that Allah is Knowing of all things.

Not upon the Messenger is [responsibility] except [for] notification. And Allah knows whatever you reveal and whatever you conceal.

Say, |Not equal are the evil and the good, although the abundance of evil might impress you.| So fear Allah , O you of understanding, that you may be successful.

O you who have believed, do not ask about things which, if they are shown to you, will distress you. But if you ask about them while the Qur'an is being revealed, they will be shown to you. Allah has pardoned that which is past; and Allah is Forgiving and Forbearing.

A people asked such [questions] before you; then they became thereby disbelievers.

Allah has not appointed [such innovations as] baúirah or sa'ibah or wa§ilah or úam. But those who disbelieve invent falsehood about Allah , and most of them do not reason.