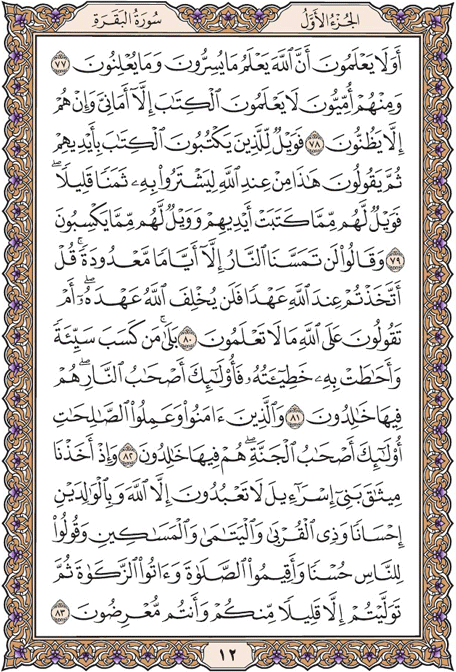 But do they not know that Allah knows what they conceal and what they declare?

And among them are unlettered ones who do not know the Scripture except in wishful thinking, but they are only assuming.

And they say, |Never will the Fire touch us, except for a few days.| Say, |Have you taken a covenant with Allah ? For Allah will never break His covenant. Or do you say about Allah that which you do not know?|

Yes, whoever earns evil and his sin has encompassed him - those are the companions of the Fire; they will abide therein eternally.

But they who believe and do righteous deeds - those are the companions of Paradise; they will abide therein eternally.

And [recall] when We took the covenant from the Children of Israel, [enjoining upon them], |Do not worship except Allah ; and to parents do good and to relatives, orphans, and the needy. And speak to people good [words] and establish prayer and give zakah.| Then you turned away, except a few of you, and you were refusing.