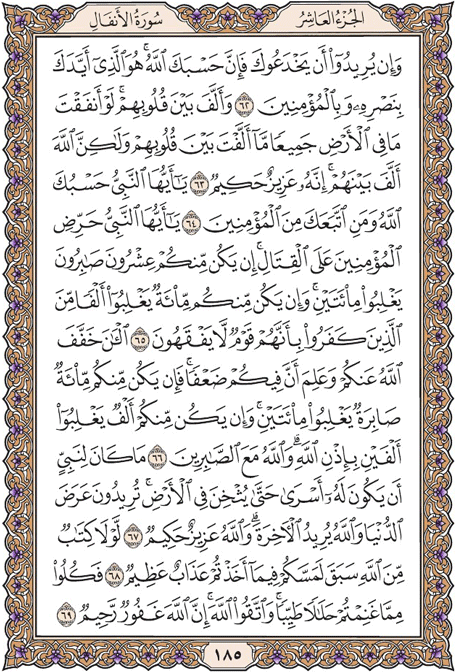 But if they intend to deceive you - then sufficient for you is Allah . It is He who supported you with His help and with the believers

And brought together their hearts. If you had spent all that is in the earth, you could not have brought their hearts together; but Allah brought them together. Indeed, He is Exalted in Might and Wise.

O Prophet, sufficient for you is Allah and for whoever follows you of the believers.

It is not for a prophet to have captives [of war] until he inflicts a massacre [upon Allah 's enemies] in the land. Some Muslims desire the commodities of this world, but Allah desires [for you] the Hereafter. And Allah is Exalted in Might and Wise.

If not for a decree from Allah that preceded, you would have been touched for what you took by a great punishment.

So consume what you have taken of war booty [as being] lawful and good, and fear Allah . Indeed, Allah is Forgiving and Merciful.