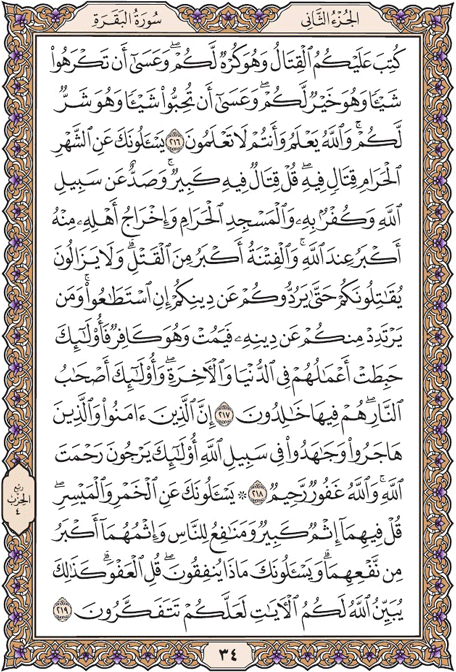 They ask you about the sacred month - about fighting therein. Say, |Fighting therein is great [sin], but averting [people] from the way of Allah and disbelief in Him and [preventing access to] al-Masjid al-îaram and the expulsion of its people therefrom are greater [evil] in the sight of Allah . And fitnah is greater than killing.| And they will continue to fight you until they turn you back from your religion if they are able. And whoever of you reverts from his religion [to disbelief] and dies while he is a disbeliever - for those, their deeds have become worthless in this world and the Hereafter, and those are the companions of the Fire, they will abide therein eternally.

They ask you about wine and gambling. Say, |In them is great sin and [yet, some] benefit for people. But their sin is greater than their benefit.| And they ask you what they should spend. Say, |The excess [beyond needs].| Thus Allah makes clear to you the verses [of revelation] that you might give thought.