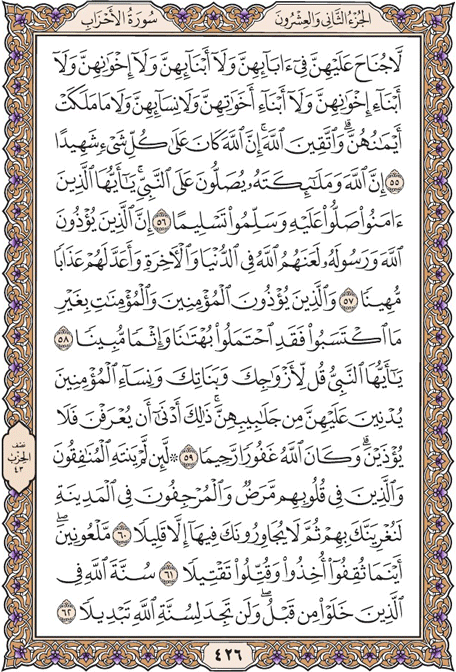 Indeed, those who abuse Allah and His Messenger - Allah has cursed them in this world and the Hereafter and prepared for them a humiliating punishment.

And those who harm believing men and believing women for [something] other than what they have earned have certainly born upon themselves a slander and manifest sin.

O Prophet, tell your wives and your daughters and the women of the believers to bring down over themselves [part] of their outer garments. That is more suitable that they will be known and not be abused. And ever is Allah Forgiving and Merciful.

If the hypocrites and those in whose hearts is disease and those who spread rumors in al-Madinah do not cease, We will surely incite you against them; then they will not remain your neighbors therein except for a little.

Accursed wherever they are found, [being] seized and massacred completely.

[This is] the established way of Allah with those who passed on before; and you will not find in the way of Allah any change.