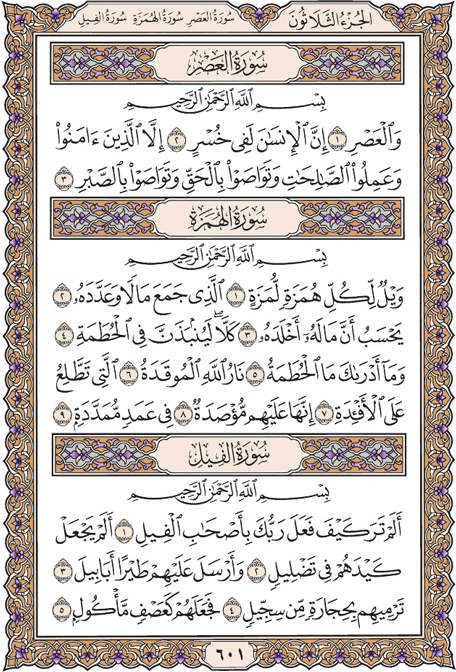 Indeed, mankind is in loss,

Woe to every scorner and mocker

Who collects wealth and [continuously] counts it.

He thinks that his wealth will make him immortal.

No! He will surely be thrown into the Crusher.

And what can make you know what is the Crusher?

It is the fire of Allah , [eternally] fueled,

Which mounts directed at the hearts.

Indeed, Hellfire will be closed down upon them

Have you not considered, [O Muúammad], how your Lord dealt with the companions of the elephant?

Did He not make their plan into misguidance?

And He sent against them birds in flocks,

Striking them with stones of hard clay,