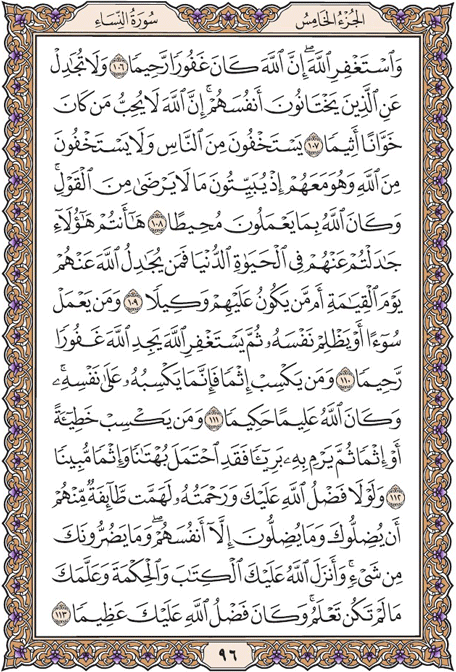 And seek forgiveness of Allah . Indeed, Allah is ever Forgiving and Merciful.

And do not argue on behalf of those who deceive themselves. Indeed, Allah loves not one who is a habitually sinful deceiver.

They conceal [their evil intentions and deeds] from the people, but they cannot conceal [them] from Allah , and He is with them [in His knowledge] when they spend the night in such as He does not accept of speech. And ever is Allah , of what they do, encompassing.

Here you are - those who argue on their behalf in [this] worldly life - but who will argue with Allah for them on the Day of Resurrection, or who will [then] be their representative?

And whoever does a wrong or wrongs himself but then seeks forgiveness of Allah will find Allah Forgiving and Merciful.

And whoever commits a sin only earns it against himself. And Allah is ever Knowing and Wise.

But whoever earns an offense or a sin and then blames it on an innocent [person] has taken upon himself a slander and manifest sin.