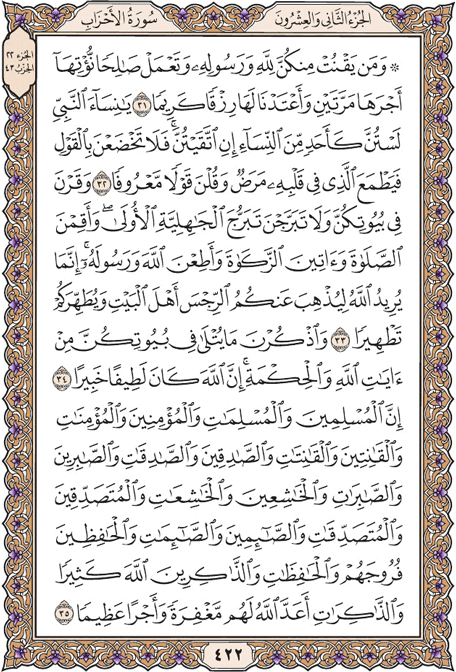 And whoever of you devoutly obeys Allah and His Messenger and does righteousness - We will give her her reward twice; and We have prepared for her a noble provision.

O wives of the Prophet, you are not like anyone among women. If you fear Allah , then do not be soft in speech [to men], lest he in whose heart is disease should covet, but speak with appropriate speech.

And abide in your houses and do not display yourselves as [was] the display of the former times of ignorance. And establish prayer and give zakah and obey Allah and His Messenger. Allah intends only to remove from you the impurity [of sin], O people of the [Prophet's] household, and to purify you with [extensive] purification.

And remember what is recited in your houses of the verses of Allah and wisdom. Indeed, Allah is ever Subtle and Acquainted [with all things].