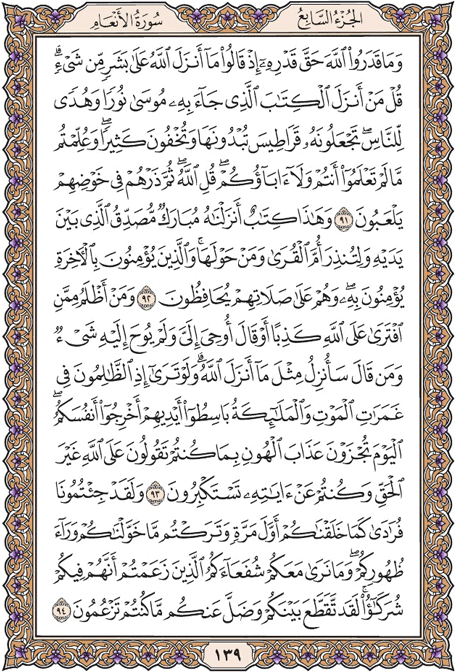 But they failed to make a just estimation of God when they said: "He did not reveal to any man any thing." Ask them: "Who then revealed the Book that Moses brought, -- a guidance and light for men, -- which you treat as sheafs of paper, which you display, yet conceal a great deal, though through it you were taught things you did not know before, nor even your fathers knew?" Say: "God," and leave them to the sport of engaging in vain discourse.

And this (Qur'an) is another Book that We have revealed, blessed, affirming the earlier (revelations), so that you may warn the people of (Makkah) the town of towns, and those who live around it. Those who believe in the life to come shall believe in it and be watchful of their moral obligations.

Who is more vile than he who slanders God of falsehood, or says: "Revelation came to me," when no such revelation came to him; or one who claims: "I can reveal the like of what has been sent down by God?" If you could see the evil creatures in the agony of death with the angels thrusting forward their hands (saying): "Yield up your souls: This day you will suffer ignominious punishment for uttering lies about God and rejecting His signs with arrogance."

"You have come before Us all alone," (God will say), "as when you were created first, leaving behind all that We had bestowed on you. We do not see your intercessors with you who, you imagined, had partnership with you. Shattered lie your ties with them now, and gone are the claims you made."