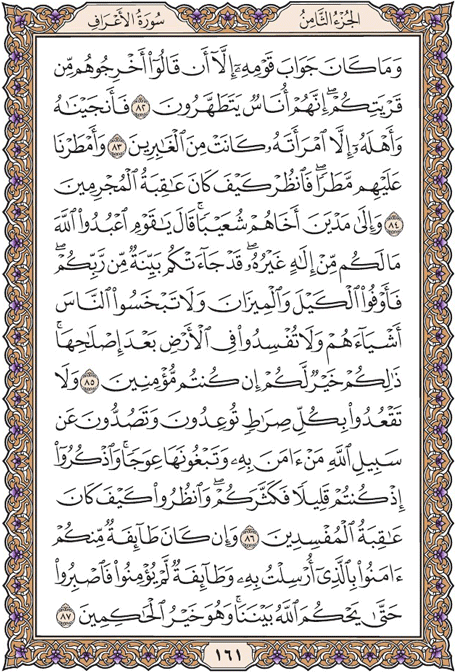 His people made no answer, and only said: "Drive them out of the city. They profess to be pure."

But We saved him and his family, except for his wife who was one of those who stayed behind.

And We rained down on them a shower (of Stones). So witness the end of sinners!

Remember, We sent to Midian their brother Shu'aib. "O you people," he said, "worship God, for you have no other god but He. Clear proof has come to you from your Lord; so give in full measure and full weight; do not keep back from people what is theirs, and do not corrupt the land after it has been reformed. This is best for you if you believe.

Do not lie in ambush to intimidate and divert from the path of God those who believe in Him, nor seek obliquity in it. Remember the day when you were few and He increased your numbers. So consider the fate of those who were evil.

If some of you believe what has been sent through me, and some of you do not, have patience until God decide between us, for He is the best of all judges."