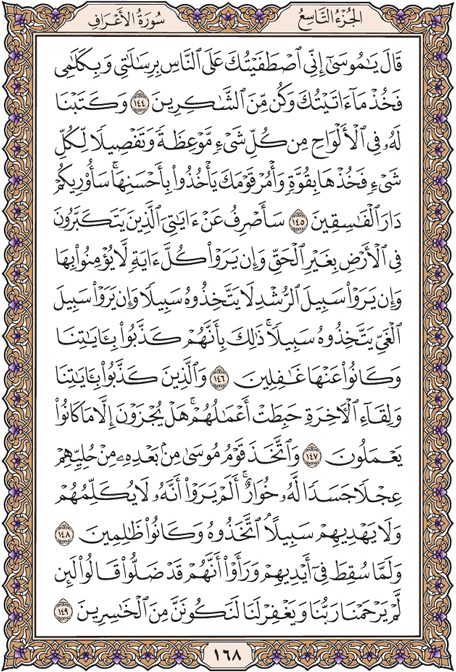 Said (the Lord): "O Moses, I raised you above all men by sending My messages and speaking to you; so receive what I give you, and be grateful."

And We wrote down on tablets admonitions and clear explanations of all things for Moses, and ordered him: "Hold fast to them, and command your people to observe the best in them. I will show you the abode of the wicked.

Vain are the acts of those who deny Our signs and the meeting in the Hereafter. Can they ever be rewarded for anything but what they did?

In the absence of Moses his people prepared the image of a calf from their ornaments, which gave out the mooing of a cow. Yet they did not see it could neither speak to them nor guide them to the right path. Even then they took it (for a deity) and did wrong.

Then they were filled with remorse and saw that they had erred and said: "If our Lord does not forgive us we will surely be lost."