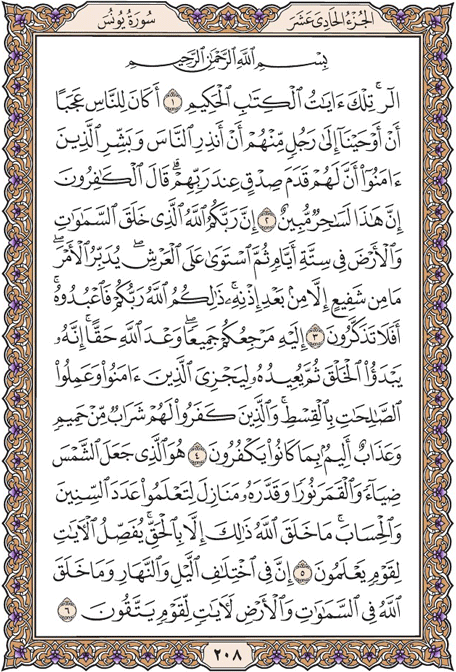 ALIF LAM RA. These are the verses of the authoritative Book.

Are the people astonished that a man who is one of them was commanded by Us to warn them and to bring glad tidings to those who believe that they have a true precedence with their Lord? (Yet) the unbelievers say: "He is a clear sorcerer."

Your Lord is God who created the heavens and the earth in six spans, then assumed His power, dispensing all affairs. None can intercede with Him except by His leave. He is God, your Lord, so worship Him. Will you not be warned?

To Him will you all return: God's promise is true. It is He who originates creation, then will revert it, so that He may reward those who believe and do good things in all justice. But those who deny the truth will receive boiling water to drink and grievous punishment, for they disbelieved.

It is He who gave the sun its radiance, the moon its lustre, and appointed its stations so that you may compute years and numbers. God did not create them but with deliberation. He distinctly explains His signs for those who can understand.

In the alternation of night and day, and all that He has created in the heavens and the earth, are certainly signs for people who fear God.