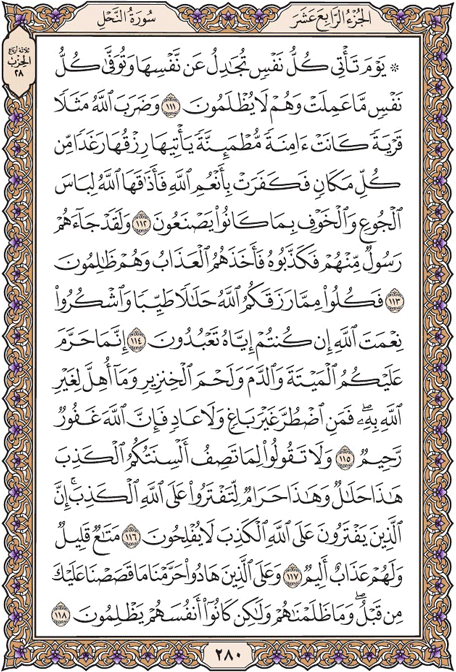 God presents the example of a town which enjoyed peace and security, its provisions coming from everywhere in abundance, but it denied the favours of God; so God acquainted it with intimate hunger and fear (as punishment) for what they had done.

An apostle came to them who was one of them, but they called him a liar. Then they were seized by torment for they were sinners.

Eat the good and lawful of things that God has given you, and be grateful for the bounty of God, if you really worship Him.

He has forbidden carrion and blood and the flesh of the swine, and what has been killed in the name of any other but God; but if one is driven by necessity (to eat it) without craving or reverting to it, then God is forgiving and kind.

For them there is some enjoyment, but the punishment is painful.

We have already told you what We have forbidden the Jews. We did not wrong them, they wronged themselves.