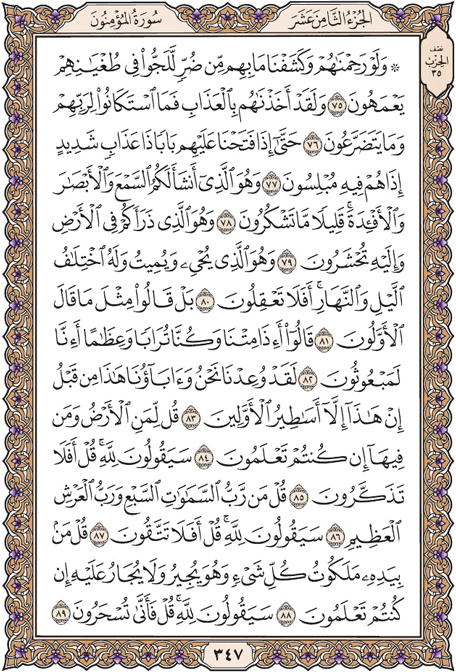 If We took compassion on them and removed the affliction they are in, they would only wander lost in confusion.

We had seized them with the punishment, but they did not bow before their Lord nor turned to Him in humility,

So that when at last We open up the gate of severe punishment on them they will be overwhelmed with despair.

It is He who gave you hearing, sight, and hearts, but only few of you give thanks.

It is He who multiplied you on the earth, and it will be before Him that you will be gathered.

It is He who gives you life and death, and His the alternation of night and day. Even then you do not understand,

And talk as did the people of old.

They say: "When we are dead and turned to dust and bones, shall we be raised to life again?

We and our fathers were promised this before; it is nothing but ancient lore!"

Say: "To whom does the earth and whosoever is upon it then belong, if you know?"

They will say: "To God." Say: "Then why do you not bethink yourselves?"

Say: "Whose is the sovereignty over all things, who protects, and against whom there is no protection? {Answer) if you have knowledge."