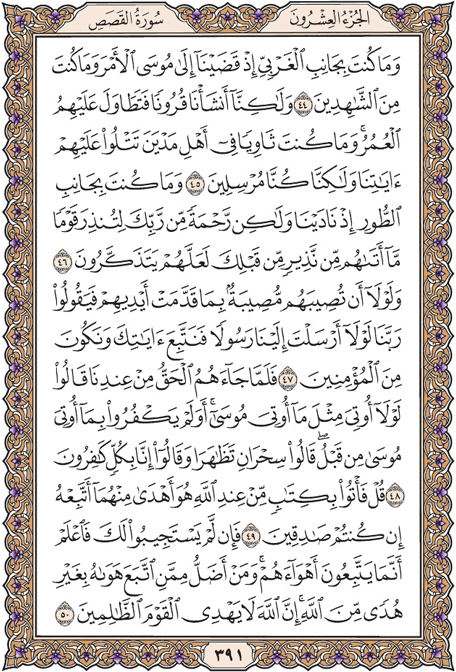 You were not there on the western side (of Mount Sinai) when We gave the commandments to Moses, nor were you witness (to the event).

We raised (many more) generations and prolonged their lives. You did not live with the people of Midian, nor recited to them Our revelations; but We kept on sending messengers.

You were not present on the side of Mount Sinai when We called. And all this (knowledge that you are given) is by the grace of your Lord so that you may warn a people to whom no admonisher had come before you, that they may take heed;

And in case disaster comes upon them for what they have done themselves, they should say: "O Lord, why did You not send an apostle to us that we should have followed Your commands, and been with those who are believers;"

Say: "Then bring a Book from God which gives better guidance than these so that I may follow it, if you speak the truth."

Then, if they cannot give you an answer, know that they are only following their lusts. And who can be farther astray than he who follows his lust without any guidance from God? And certainly God does not guide an unjust people.