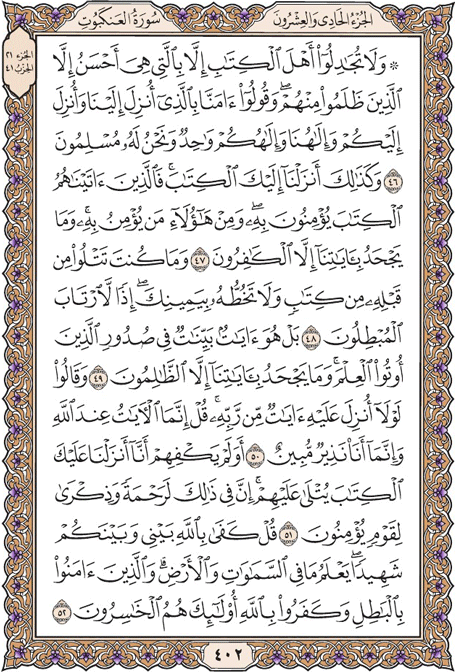 That is how We have revealed this Book to you and those to whom We have sent down the Book will believe in it. Only those who are infidels will deny it.

You did not read any Scripture before this, nor wrote one with your right hand, or else these dissemblers would have found a cause to doubt it.

In fact, in the minds of those who have intelligence these are clear signs. No one denies Our revelations except those who are unjust.

For they say: "How Is it no signs were sent down to him from his Lord?" Say: "The signs are with God. I am only a warner, plain and simple."

Is it not sufficient for them that We have revealed the Book to you which is read out to them? It is indeed a grace and reminder for people who believe.

Say: "God is sufficient as witness between me and you." He knows what is in the heavens and the earth. It is those who believe in falsehood and disbelieve in God who will perish.