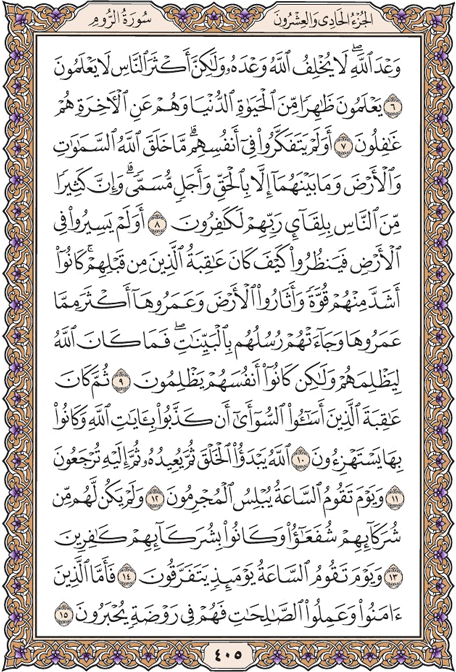 It is a promise of God; and God does not go back on His promise. Yet most men do not understand:

They only know the palpable life of this world, and are oblivious of the Hereafter.

Do they not think for themselves that God did not create the heavens and the earth and all that lies between them without reason and a determined purpose? But many men reject the meeting with their Lord.

Have they not travelled on the earth and seen how the others before them had met their end? They were far more powerful than them, furrowed the earth and colonised it far more than they; and their apostles came to them with visible signs. It was surely not for God to wrong them, they wronged themselves.

Therefore evil was the end of those who did evil, for they denied the signs of God and made fun of them.

God originates creation, and then will revert it, then you will go back to Him.

The day the Resurrection comes the sinners will be overwhelmed with despair.

No intercessor will they have among those they associated (with God), and will reject their partners.

The day the Hour comes they will be separated into categories.

Those who believed and did the right will be feasted in a rich, well-watered meadow.