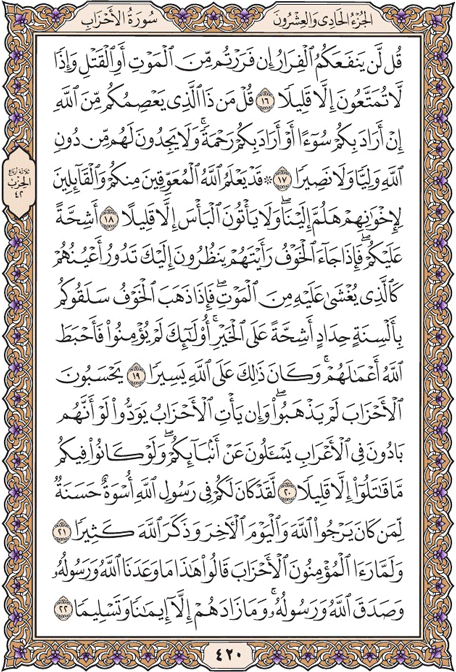 Say: "Of no gain will be your running away if you run from death or being killed, even then you will enjoy the good things of life but only for a while."

Say: "Who will save you from God if He decide to afflict you or show you His mercy?" They will never find a friend or helper apart from God.

Surely God knows who among you obstruct, and those who say to their brethren: "Come to us," and go to battle but seldom,

Being chary of helping you. But when danger appears you will find them looking at you with eyes turning like a man's in the swoon of death. Yet when the danger is past they lash you with sharp tongues, covetous of the best (of booty). Such as these have not come to belief. So God nullifies whatever they have done. This is how (the innate law of) God works inevitably.

You have indeed a noble paradigm in the Apostle of God for him who fears God and the Day of Resurrection, and remembers God frequently.