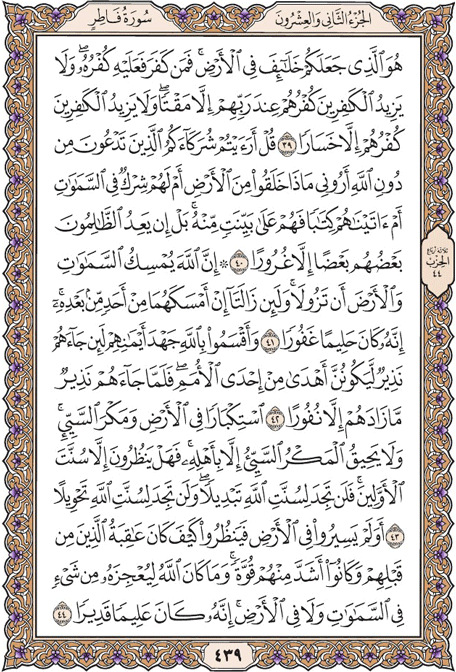 Say: "Look at the compeers you invoke apart from God. Show me, what of the earth have they created, or what share have they in the heavens?" Or have We given them a Book whose testimony they possess? Not in the least. What the unbelievers have been promising one another is nothing but deceit.

Verily God holds the heavens and the earth in position lest they deviate; and if they deviated there will be none to hold them in place, apart from Him He is sagacious and forgiving.

As did their arrogance in the land, and their plotting of evil. But their evil plots will turn back on the plotters themselves. So can they expect any thing but what befell the earlier people? You will not find any change in the law of God, nor will you find divine law mutable.

Have they not journeyed in the land and seen how the end of those before them, who were far more powerful, came about? There is nothing in the heavens and the earth that can defeat (the law of) God. He is all-knowing and all-powerful.