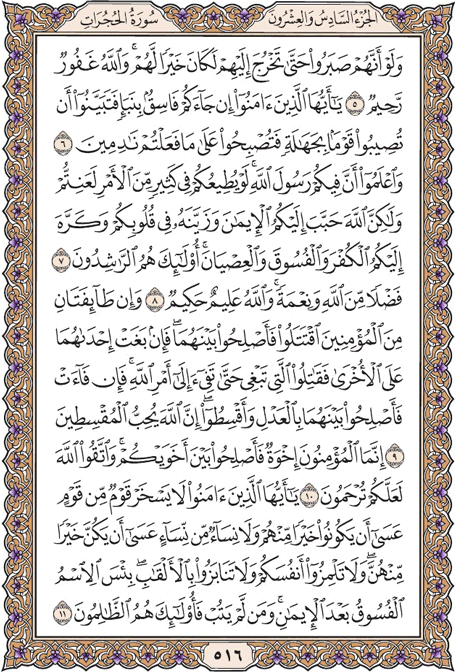 If they had waited for you to come out it would have been better for them. But God is forgiving and kind.

O you who believe, if a dissolute person brings some news, verify it first lest you attack a people ignorantly and later regret what you had done.

Know that the Apostle of God is among you: If he agreed with you in most matters you would surely come to grief. But God has made faith more desirable to you, and attractive to your hearts, and rendered disbelief and sin and disobedience repugnant. They are those who are well directed

By God's benevolence and His grace. God is all-knowing and all-wise.

If two groups of believers come to fight one another, promote peace between them. Then if one of them turns aggressive against the other, fight against the aggressive party till it returns to God's authority. If it does so, make peace among them equitably and be impartial. Verily God loves those who are just.

The faithful are surely brothers; so restore friendship among your brothers, and fear God that you may be favoured.