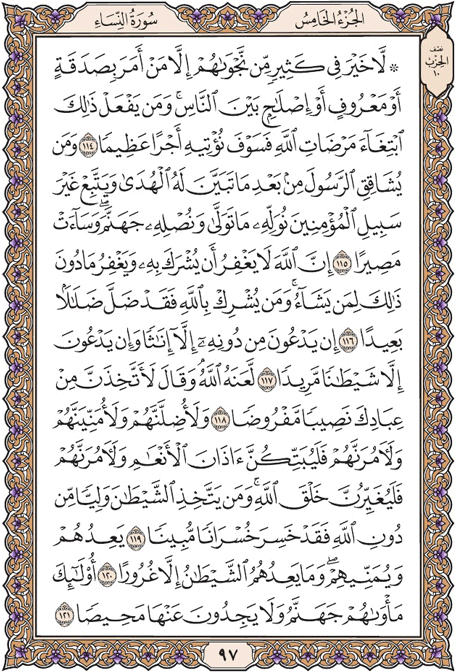 Their confidential counsels are seldom for the good, save of those who talk of charity or goodness or peace among men. Whosoever does so for the pleasure of God, We shall give him an ample reward.

And he who opposes the Prophet even after the way has become clear to him, and follows a path other than the way of believers, We shall lead him to what he has chosen for himself, and shall take him to Hell: How evil a journey's end.

God does not forgive that compeers be ascribed to Him, and absolves all else whatsoever He will. And he who associates compeers with God has indeed wandered far astray.

In His place they invoke only females (the pagan deities); and instead of Him they invoke Satan the obstinate rebel

Who was condemned by God and who said: "I shall take from Thy creatures my determinate share,

For such the abode is only Hell from which they will find no escape.