Claiming the Qur'an is the work of a specialized human committee

Fatwa no. 19434 Fifteen years ago, my friend commented, (Part No. 1; Page No. 409) "This Qur'an was composed by a specialized human committee." After some time, he performed Tawbah (repentance to Allah) of this act that he never uttered to anyone except a friend and me. No one, but Allah Alone, the Knower of the Unseen, knows this matter. I do not ask whether his Tawbah is acceptable or not, but I ask about the validity of his marriage contract. Is his contract still valid after such utterance? Does it need to be re-concluded? It is noteworthy that his wife was not separated from him, as he did not know that he committed apostasy which required separating him from his wife. He was not aware of the ruling and the consequences of what he said.

A: If the person who made this statement mentioned in the question was of sound mind and without being compelled, he would be committing an act of apostasy from Islam. However, if he performed sincere Tawbah, Allah, if He wills, would accept Tawbah. With regard to his wife, she would be unlawful to him until he performs Tawbah. If he repents while she is still in her `Iddah (woman's prescribed waiting period after divorce), she may return to him with no need for any formalities. However, if her `Iddah expires before he performs Tawbah, the marriage will be dissolved and she may not return to him except with a new marriage contract.May Allah grant us success. May peace and blessings of Allah be upon our Prophet Muhammad, his family and Companions! 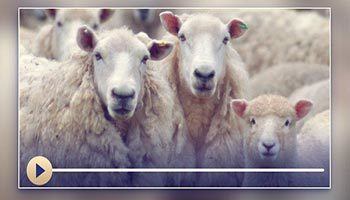 Befriending those who worship the graves

Mocking the religion and its followers