Cursing both photographer and the one whose photo is taken

A: There are reported pieces of evidence that denote the curse of the photographers and the threat of hellfire in the Hereafter. This also applies to those who permit themselves to be photographed. Allah (Exalted be He) says: And it has already been revealed to you in the Book (this Qur’ân) that when you hear the Verses of Allâh being denied and mocked at, then sit not with them, until they engage in a talk other than that; (but if you stayed with them) certainly in that case you would be like them. Allah (Exalted be He) says with regard to the story of Thamud: Thamûd (people) denied (their Prophet) through their transgression (by rejecting the true Faith of Islâmic Monotheism, and by following polytheism, and by committing every kind of sin). When the most wicked man among them went forth (to kill the she-camel). But the Messenger of Allâh [Sâlih عليه السلام] said to them: "Be cautious! (Fear the evil end). That is the she-camel of Allâh! (Do not harm it) and bar it not from having its drink!" Then they denied him and they killed it. So their Lord destroyed them because of their sin, and made them equal in destruction (i.e. all grades of people, rich and poor, strong and weak, etc.)! And He (Allâh) feared not the consequences thereof. `Abdul-Wahid ibn Zayd said: "I asked Al-Hasan: 'O Abu Sa`id, what about a person who did not witness the disorder of Abu Al-Muhallab, but he was satisfied with that.' He said: 'My dear! How many persons participated in killing the she-camel (of Thamud)?' I said: 'One person'. He said: 'Did not Allah destroy the whole community because of their content and encouragement of this person?'" (Related by Imam Ahmad in his book Al-Zuhd). These two verses denote that a person who approves of something is like the person who does it. (Part No. 1; Page No. 679) This ruling does not apply to a person who was obliged to be photographed.May Allah grant us success. May peace and blessings be upon our Prophet Muhammad, his family, and Companions. 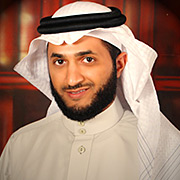 Photography and buying magazines that include pictures

Three-dimensional, photographic, painted, or sculptured forms of beings with souls