Announcing a title deed in the Masjid

Q: I am the Imam of a Masjid Al-Jami` in Al-Barak. Recently, while I was waiting for the end of Adhan (call to Prayer) before I deliver the Friday Khutbah (sermon), one of the employees of the municipality handed me some papers from the department where he works. After delivering the Khutbah, finishing Salah and leaving the Masjid, I read the papers. They included a message as well as a request for renting a house for the benefit of a governmental department. It contains details about the number of rooms and the areas required as well as the number of bathrooms and other utilities. The man asked me to read the papers publicly after Jumu`ah (Friday) Prayer. But the sanctity of the Masjid prevented me from advertising in it. Your Eminence knows that there are Prophetic Hadiths forbidding this and also the views of religious scholars (may Allah be merciful to them) forbid this. I told the person who brought the advertisements that the sanctity of the Masjids prevents me from reading them inside the Masjid, but he did not seem to be convinced. So he sent me another message and a copy of the advertisements hung on the walls of famous streets in Al-Barak market. Although many people responded to the department to rent out their houses, the man insisted strongly that I should read the two advertisements after Jumu`ah Prayer. (Part No. 6; Page No. 302) Therefore, I send this to your Eminence to know your view on this issue. I hope that you will tell me of the legal procedures I should take in regards to this issue so I may act upon it in the future. May Allah reward you and grant you success.

A: What you have done of not reading the advertisements handed to you in the Masjid by the municipality employee was absolutely right. May Allah reward you with the best for that! Masjids are not built for such purposes. In fact, Masjids are built for the purpose of offering acts of worship such as Salah (Prayer), Tasbih (saying: "Subhan Allah [Glory be to Allah]"), Tahlil (saying: "La ilaha illa Allah [There is no god except Allah]"), teaching people religious knowledge, reminding people of Allah and His blessings and favors. Religious proofs indicate that Masjids should be honored and freed from things like what the municipality employee asked you to do. Imam Muslim (may Allah be merciful to him) narrated on the authority of Abu Hurayrah (may Allah be pleased with him) that Allah's Messenger (peace be upon him) said: Whoever hears someone announcing the loss of something in the Masjid (mosque), should say, 'May Allah not restore it to you', for Masjids are not built for this purpose. It is also narrated by Al-Nasa'y and Al-Tirmidhy that Allah's Messenger (peace be upon him) said: Whenever you see someone buying or selling in the Masjid (mosque), say to him: 'May Allah not make your bargain profitable!' Al-Tirmidhy classified it as Hasan Hadith. May Allah grant us success. May peace and blessings be upon our Prophet Muhammad, his family, and Companions. 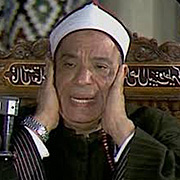 Admitting children to the Masjid

Constructing minarets on Masjids and building graves over them

Subscribe Now To Recieve Our News
Offering Salah in the graveyards


Rulings related to the Masjids