Many of us are careless with regard to matters concerning bearing witness. Don’t you know that ?hiding information leads to people’s rights not being fulfilled

Haven’t you heard the demand of your Lord, {and keep your testimony upright for Allah}[Talaq: 2]?

Don’t you know that if enough witnesses are not found for people to obtain their rights it becomes the responsibility of all others concerned with this matter, and it becomes obligatory on all of them to bear witness because of Allah’s words,{And the witnesses must not refuse when they are summoned} [Baqarah: 282].

?Is this not a strong warning for/against the one who conceals it (the evidence)

Does this not indicate that it is obligatory for the one who has any information to give his ?witness whenever he is ever asked to do so

But for this to be obligatory, the information has to be such that would remove harm from the person one is bearing witness for. But if bearing witness will cause harm to the witness concerning his honour, wealth, his life or his family, it is not obligatory for him to bear witness, according to saying of the Prophet (peace be upon him),«There should be neither harm nor reciprocating harm»(Hakim).

?What are the conditions that are needed for the witness to accept his statements

?Is the witness from the people of the book accepted at times of necessity

Yes, this is the case when a will is stated when one is travelling and there is no one else who can be a witness. This is due to Allah’s saying, {O ye who believe! Let there be witnesses between you when death approaches one of you, at the time of bequest - two witnesses, just men from among you, or two others from other than them, if you are travelling in the land and the calamity of death strikes you}[Maidah: 106], as Ibn Abbass said that, {others from other than them} refers to those who are not Muslims, that is those from the people of the book.

3)Being one who records information properly, and is reliable and also vigilant and observant, so he is aware of what is happening;

therefore a witness statement is not taken from one who is heedless or is known to make many mistakes or to follow his desires; this is because we cannot be sure of his statement, as his statement could be incorrect, but the witness is accepted from those for whom the above weaknesses are negligible. This is because no-one is free from being affected by such errors.

And the witness of the ones who are the most righteous of those who are concerned is taken if a person who performs all the righteous acts is not available.

?What are the rules connected with the testimony itself

It is obligatory for the witness to know what he is bearing witness about, so it is not allowed for him to give a testimony about something he has no knowledge about. Allah says, {And do not pursue that of which you have no knowledge}[Israa: 36] and also says,{But only those who testify to the truth [can benefit], and they know}[Zukhruf: 86]that is he has to be aware of the matter and have knowledge about it.

And one gains knowledge through his sense of hearing or sight, or from what is generally accepted by the people and cannot be ascertained otherwise, like family relationships and death.

There should be no favoritism in the testimony; it is obligatory for the witness to give a truthful testimony, even against his nearest of relatives. Allah says, {O ye who believe! Stand out firmly for justice, witnesses for Allah, even though it be against yourselves or (your) parents or (your) relatives}[Nisaa: 135]that is: even if the testimony was against your parents and near relatives. Therefore, this relationship should not be taken into account when giving one’s testimony; in fact the person should give a truthful testimony even if this results in harm being inflicted on them.

The false testimony is not accepted - that is, one which is a lie. Such a testimony is one of the major sins due to Allah’s saying, {So shun the abomination of idols and shun false statements}[Al-Hajj: 30] and the saying of the Prophet (peace be upon him),,«Shall I not tell you about one of the major sins» They (the Companions) said, ,«Yes, Oh Messenger of Allah.” He said, ,«To take partners with Allah, to be rough with or disobey (one’s) parents» and (then) he sat up, as he was leaning on his side, and said, ,«It is nothing but false testimonies» The narrator said, ,«He kept repeating this until we said, ‘I wish he would be quite» (Agreed upon). This is because such testimonies do not allow justice to be obtained, and in fact increase injustice and oppression.

?Is the testimony of a father for his son accepted

?Is a person’s testimony against his enemy accepted

The number of witnesses varies according to what they are a witness to:

1)Concerning the punishment for fornication and illegal sexual intercourse:

Four male witnesses, because of Allah’s saying, {Why did they not produce four witnesses for it}[Nor 13].

2) Concerning all other types of punishments,

like that for theft or slander, and what is not concerned with wealth or financial matters and which usually concerns men, like marriage, divorce, relationships, inheritance and similar matters: two male witnesses. Female witnesses are not accepted for such matters, due to Allah’s saying concerning returning one’s wife after divorcing her{And call to witness two just men among you}[Talaq: 2]. And all the other matters that are not financial should be dealt with in a similar way to this case, since they are not financial matters and so are similar to the cases involving set punishments.

like transactions, trade and similar financial contracts: two male witnesses or one male witness and two female witnesses, because of Allah’s saying, {And call to witness, from among your men, two witnesses. And if two men are not (available) then a man and two women, from such witnesses as you approve of}[Baqarah: 282]. One male plaintiff who swears by Allah about something concerning him is accepted, as the Prophet (peace be upon him) used these as witnesses.

4) What does not usually involve men

for example hidden female defects such as virginity, birth, breast-feeding and similar matters. The separate testimony of women (each one being asked separately from the others) is accepted in such cases, and one just female witness is also sufficient. 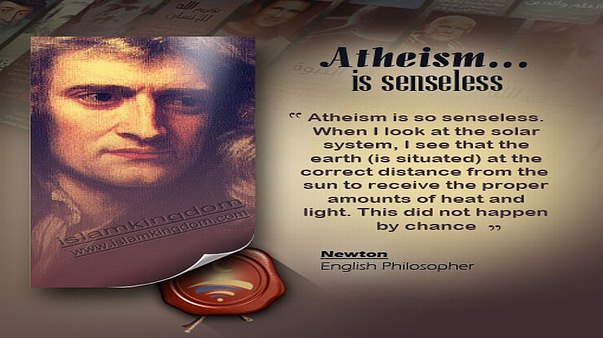