The entire universe confirms, believes, acknowledges and admits the existence of Allah (mighty and majestic is He). Allah the Exalted says.. &"Their messengers said: ‘Can there be doubt about Allah, Creator of the heavens and earth? He invites you that He may forgive you of your sins, and He delays your death for a specified term.’ They said: ‘You are not but men like us who wish to avert us from what our fathers were worshipping. So bring us a clear authority’&" (Ibrahîm: 10).

The Mu&"men is the person who has certitude that Allah is His All-Powerful Lord and that He is the only god worthy of worship.

How can they ask for a proof of the existence of Allah who is Himself the Proof of everything that exists?!!

If we just for argument sake mention the proofs of the existence of Allah, we find that they include:

The whole creation is naturally disposed to have Iman in the Creator. That person who diverges away from this natural disposition has a blind heart and mind. Of the greatest proofs that indicate that this natural disposition bears witness to the existence of Allah is what the Prophet (peace be upon him) said: &"Every child is born with a true faith of Islam (i.e. to worship none but Allah alone) but his parents convert him to Judaism, Christianity or Magianism, (and children are born with this true faith) just as an animal gives birth to a perfect baby. Do you see any deficiency in its shape?&" (Narrated by Al-Bukhari).

You would not be able to praise Him unless He favours and blesses you, and in any situation you face, you need Him.

Each creature innately acknowledges the Oneness of Allah. Allah says: &"So direct your face toward the religion, inclining to truth. (Adhere to) the fitrah of Allah upon which He has created (all) people. No change should there be in the creation of Allah. That is the correct religion, but most of the people do not know&" (Ar-¬Rûm: 30).

This is the innate proof of the existence of the Lord, Allah, (glorified and exalted may He be).

The innate proof of Allah&"s existence is stronger than any other proof for those who have not been misguided by Satan. It is for that reason that Allah says in the Qur&"an &"(Adhere to) the fitrah of Allah upon which He has created (all) people&" (Ar-¬Rûm: 30).

Allah is a name which is engraved deep into the innate nature of Man, and this is the strongest proof there is of His existence.

After this He says: &"So direct your face toward the religion, inclining to truth&" (Ar-¬Rûm: 30).

A sound natural disposition bears witness to the existence of Allah, but those who have been misguided by Satan might lack this proof and thus be in need of it. But when they fall into deep trouble, their hands, eyes and hearts look towards the sky, asking for help and assistance from their Lord, as their innate nature urges them to do this.

Some of the strongest evidence and proof for the existence of the Creator are the mental ones that can not be denied except by the ungrateful. These include:

1-Each creature has a creator, because these creatures, those who came first and those who came after them, have to be created by a Creator to come into existence, since they can never do that alone or by coincidence. Things cannot make themselves come into existence because things cannot create themselves, for before something exits it is nothing, so how could it be a creator?! Every happening must have a doer and since everything exists in such a perfect and beautiful system and in consistent harmony, and there is a close link between reasons and causes and also among the different creatures, it is then totally impossible that their existence came about by coincidence. Everything must have a creator, as if it is impossible for creatures to create themselves, or that their creation came about by coincidence, it then follows that they must have a Creator, Who is Allah, the Lord of the Worlds. Allah mentions this mental evidence and proof that leaves no doubt when He says: &"Or were they created by nothing, or were they the creators (of themselves)?&" (At-Tûr: 35).

Which means that they were not created without a creator, nor did they create themselves. It then follows that their creator has to be Almighty Allah. It is for that reason that when Jubair ibn Mot&"am (may Allah be pleased with him) was listening to the Messenger of Allah (peace be upon him) recite Surat At-Tur and the Prophet reached these ayas: 35- Or were they created by nothing, or were they the creators (of themselves)? 36- Or did they create the heavens and the earth? Rather, they are not certain. 37- Or have they the depositories (containing the provision) of your Lord? Or are they the controllers (of them)? (At-Tûr: 35-37),

this being when Jubair was still a Mushrik (polytheist), he said: &"My heart was about to fly&" (Narrated by Bukahri)

2-Allah&"s signs that are apparent in His universe and in His creation. Allah (mighty and majestic is He) says: &"Say: ‘Observe what is in the heavens and earth’&" (Yûnus: 101).

Humanity stands in front of the curtains of the Unseen, having no ability and being inadequate, no matter what the extent of its worldly scientific development may be. Iman in Allah alone removes that inability and weakness.

For looking at the heavens and the earth reveals that Allah is the Creator and confirms that He (mighty and majestic is He) is the Lord. A Bedouin was asked: &"How do you know that your Lord exists?&" He replied: &"Footprints indicate that somebody had travelled here, camel dung indicates camels. So the sky with its constellations, and the seas with its waves, do these not indicate the Al-Samee&" (All-Hearing), Al-Baseer (All-Seeing)?&"

3-Constancy in the affairs of the world and it being governed by a complete, well-organized and coherent set of rules. This is a proof that the mastermind has to be one God, one King, and one Lord. The whole creation have no god except Him, and have no Lord except Him. Moreover, just as it is impossible for this world to have two lords and creators who are equal, it is also impossible that it has two gods who both deserve to be worshipped. That is, as the fact that the chance of the world having two creators who are identical is logically impossible, with the natural disposition of man bearing witness to its impossibility and the sound mind refuting any chance of its occurrence, so the existence of two gods is also impossible.

All religious legislations and all religions indicate the existence of a Creator and that He is perfect in His wisdom, knowledge and mercy, since these legislations and religions have to be revealed by a legislator, Who is Allah Almighty. He says: 21- O mankind, worship your Lord, who created you and those before you, that you may become righteous 22- (He) who made for you the earth a bed (spread out) and the sky a ceiling and sent down from the sky, rain and brought forth thereby fruits as provision for you. So do not attribute to Allah equals while you know (that there is nothing similar to Him) (Al-Baqarah: 21-22).

And all heavenly scriptures mention this.

Proof that relies on the senses

Of the most prominent and clearest proofs of the existence of the Almighty Creator is the proof of the explicit concrete senses, for every one with sight and insight. These proofs include:

1-The answering of du’a (supplication): a person begins his supplication to Allah (mighty and majestic is He) by saying: &"O Lord (Rabb)&", and then he continues supplicating Allah for whatever he needs. And thereafter when his supplication is answered it serves as a proof that is observed by the senses, indicating the existence of the Lord. That person did not direct his supplication to anyone but Allah, and it has been responded to, so he sees with his own eyes that it was Allah, the Almighty, Who answered him. We have also heard many tales about those from the past who have had their supplications responded too, in fact it is a very common phenomenon nowadays too. This is a fact that indicates, relying on the senses, the presence of our Creator. In the Qur&"an there are many examples of this. Allah says: 83- And (mention) Job, when he called to his Lord: &"Indeed, adversity has touched me, and you are the Most Merciful of the merciful.&" 84- So We responded to him (Al-Anbiyâ&": 83-84).

Atheism is indeed a sickness in the mind and a defect in the thinking.

There are many other ayat (verses).

2-The guidance of people to do what is necessary for them to live: for who guides man at the hour of his birth to feed from his mother&"s breast? Moreover, who guides the hoopoe to find water under the earth, although nothing else can see it? It is Allah who says: &"Our Lord is He who gave each thing its form and then guided (it)&" (Tâ-Hâ: 50).

3-Signs Allah has sent with His messengers and prophets: these are the miracles with which Allah supported His messengers and his prophets, and which made them distinct from other human beings. Every prophet was sent by Allah to his people with a miracle that confirmed that what the prophet was conveying came from the Creator, the one God, whom none but He is worthy of being worshipped. 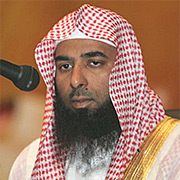 The meaning of Lord (Rabb)

Atheism and its dangers