Q: A dispute has arisen between our Muslim brothers in Turkey, regarding the Hadith that states, "Whoever renders Haram (the prohibited) to be Halal (lawful) and Halal to be Haram has become a Kafir (disbeliever)." If a person renders Haram as Halal or vice versa, will they be considered as a Kafir or a sinner? What does the word "Kafara (become a Kafir)" mean in the Hadith or is there no difference between its meaning and the meaning of the word "Kafir"? We hope that Your Eminence will give us a convincing answer regarding this Hadith.

A: Firstly, we do not know the basis of this Hadith and none of the well-known Imams (compilers of Hadith) related it, whether by a Sanad (chain of narrators) that is considered Sahih (authentic) or Da`if (weak). In this case, it is not to be relied or acted upon. Secondly, if a Muslim contradicts a ruling that is established by an explicit text from the Qur'an or the Sunnah (whatever is reported from the Prophet) that cannot be subject to Ta'wil (interpretation) or Ijtihad (juristic effort to infer expert legal rulings) or contradicts an established and decisive Ijma` (consensus) ruling, the correct ruling should be clarified to them. If they accept this, then praise is due to Allah, if not and they insist on changing Allah's Ruling after it has been clarified and the evidence given to them, they are to be deemed a Kafir and treated as an apostate from the Din (religion) of Islam. An example of such case is to deny the five obligatory daily Salah (Prayers) or any one of them or the obligation of Sawm, Zakah, or Hajj; or to falsely interpret the texts of the Qur'an and the Sunnah related to these obligations, or regard the Ijma` of the Ummah (nation) as insignificant. (Part No. 2; Page No. 29) A contradiction of a ruling that has been established by controversial proof or is subject to various interpretations through Ta'wil or contradictory rulings is a contradiction in a matter that is subject to Ijtihad. In this case, the person cannot to be deemed a Kafir, they will be excused if their opinion is wrong and rewarded for their Ijtihad; if their opinion is correct, they will be praised and given a double reward; one for their Ijtihad and the other for being correct. One example of this is denying or confirming the obligation for a Ma'mum (person being led by an Imam in Prayer) to recite Surah Al-Fatihah. Another example is refuting the ruling on a bereaved family preparing food and inviting people to eat, claiming, for example, that this is Mustahab (desirable), Mubah (permissible), or Makruh (disliked), but not Haram. In such cases, it is not permissible to deem the person a Kafir and refuse to be led in Salah by them, refuse marriage relations with them, or prohibit the eating of meat from their sacrificed animal. It is, in fact, obligatory to advise them with evidence from the Shari`ah (Islamic law), because they are a Muslim and enjoy the same rights as all Muslims. Disputes in such matters are in subsidiary matters that are open to Ijtihad. Similar incidents took place during the lifetime of the Sahabah (Companions of the Prophet, may Allah be pleased with them) and the Imams of the Salaf (righteous predecessors). They neither deemed each other as Kafir nor turned their backs on each other.May Allah grant us success. May peace and blessings be upon our Prophet Muhammad, his family, and Companions. 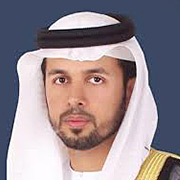 Congratulating Kafirs in their festivals