Q 8: Is Tawaf-ul-Wada` (circumambulation of the Ka`bah on leaving Makkah) one of the obligations of `Umrah for those outside the Haram (the Sacred Mosque) and residents of Al-Ta'if ?

A: If a person of the people of Al-Ta'if wants to leave Makkah (Part No. 11; Page No. 335) after performing `Umrah, they should perform Tawaf-ul-Wada`, as the Prophet (peace be upon him) said, None of you should leave Makkah until the last thing you do is Tawaf around the Ka`bah. (Narrated by Ahmad, Muslim, Abu Dawud and Ibn Majah) In another narration, The people were ordered to perform Tawaf-ul-Wada` as the last thing before leaving Makkah, except menstruating women who were excused. (Agreed upon by Al-Bukhari and Muslim) There is disagreement on whether it is obligatory for a person who is performing `Umrah. However, it is safer to perform it, according to the general rules of the Sunnah (whatever is reported from the Prophet).May Allah grant us success. May peace and blessings be upon our Prophet Muhammad, his family, and Companions. 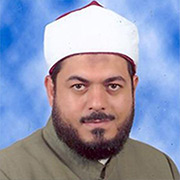 Giving precedence to `Umrah over Hajj

Having sexual intercourse with one's wife while offering `Umrah

Entering Makkah twice and performing `Umrah the first time only