Q: I always talk to my mother, father, and friends about some Bid`ahs (innovations in religion) such as performing Salah (Prayer) in Masjids (mosques) built around the graves, people making Du`a' (supplication) to the dead, or other similar things. Nevertheless, they usually reply: "Scholars perform Salah in these Masjids where they see people doing so and do not comment; are you more knowledgeable?" It is vain to try to convince those people. If one dares to try it, they say: "We found our fathers doing this, are you going to reform the universe." Again, they argue that the grand scholars perform Salah in the Masjids of Al-Husayn and Lady Zaynab (may Allah be pleased with them). I reply: "They (i.e. Al-Husayn and Lady Zaynab) (Part No. 1; Page No. 426) are not in Egypt. Taking for granted that they are in Egypt, it is not permissible to make Du`a' to them instead of Allah (Glorified and Exalted be He) or to make vows to them." But the outcome is as if I were talking to stones. They call me a Kafir (disbeliever) and other names. I do not know what to do with my parents and you know their due rights. Every time my mother rebukes me, I say to her: "Al-Sayyid Al-Badawy and people like him do not possess an atom in the kingdom of Allah (Glorified and Exalted be He)." In reply, she mentions that they are pious people and refers to other beliefs of Al-Shirk-ul-Akbar (major form of associating others in worship with Allah) that it is better to avoid citing here. Could you tell me what I should do? May Allah reward you.

A: Firstly: It is not permissible to build Masjids around graves. It is not permissible to offer Salah in Masjids where graves are built. It is also not permissible for a person to make Du`a' to the dead to bring about benefit or ward off harm. Making Du`a' to them and seeking help from them are acts of Kufr (disbelief) which drive their doer out of Islam. May Allah protect us. Secondly: Actions and sayings of the people of knowledge are not Islamic legal proofs, because many of them may practice Bid`ahs. Islamic legal proofs are to be sought only from the Qur'an and the confirmed Sunnah (whatever is reported from the Prophet, peace be upon him). Thirdly: You should continue calling your parents and friends to the truth and being firm with that. Be patient with whatever harm you face for the sake of Allah. Perhaps Allah may guide them, through you, to the truth. Later on they may be helpful to you after their enmity, ridicule, and spite against you. Be kind (Part No. 1; Page No. 427) to your parents, treat them in the best manner, because Allah says: And We have enjoined on man (to be dutiful and good) to his parents. His mother bore him in weakness and hardship upon weakness and hardship, and his weaning is in two years - give thanks to Me and to your parents. Unto Me is the final destination. But if they (both) strive against you to make you join in worship with Me others that of which you have no knowledge, then obey them not; but behave with them in the world kindly, and follow the path of him who turns to Me in repentance and in obedience. Then to Me will be your return, and I shall tell you what you used to do. May Allah help you succeed and be determined in truth. May Allah guide your parents and other people, for indeed He is Omnipotent over all things.May Allah grant us success. May peace and blessings be upon our Prophet Muhammad, his family, and Companions. 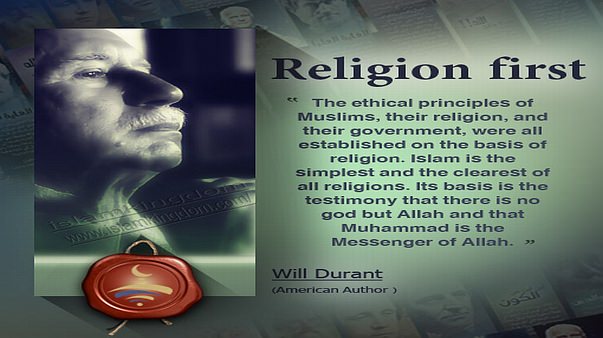 Visiting the graves of righteous people, slaughtering for them and supplicating to them

Praying in or building a Masjid over a grave

Destroying statues and wiping out pictures


Exaggeration regarding graves and building Masjids over them