Who is the Creator?!

Several roads, but only One God

“If you don’t know where you are going, any road will take you there.”

In the beginning, people think in two ways when answering the previous questions: an atheistic believes that there is no God and that the universe is materialistic, and the other believes that Allah is the Creator of everything. Consequently, several questions are raised, including: - Is it possible that the universe created itself in all its entirety as a result of reactions that took place by coincidence and without any time being determined for it? - Is it possible that this random coincidence created such an organized universe?! - Does the condition which human beings have reached since their first existence and throughout history exist only through evolution, or pure coincidence? Are we but feathers blown by the winds of coincidence and chaos?!! - Is man the legislating god and the creator and designer of everything, and is he everything and is there nothing beyond that? - Is metaphysics of the unseen nothing but mirages that must disappear in front of powerful secularization and the physical world? - Is man a matter devoid of any significance, or did he evolve from apes as time passed? How can solid matter create such a human who has such subtle characteristics, lofty virtues and such a wondrous composition? How can one obtain blood from stones?!

The secret of the existence of life

Is this world the final goal of man and the extreme limit of his hopes? Is there no significance in anything that the Divine religions have conveyed to us about the existence of other powers beside man, or another life beside this one?

“The world makes a way for the man who knows where he is going.”

Allah says the following about the thoughts of such (atheistic) people: }And they say: “There is nothing but our life of this world, we die and we live and nothing destroys us except Ad-Dahr (time). And they have no knowledge of it, they only presume.{ (Al-Jathiyah:24)

He also says the following about those who deny His rights: (14. And they belied them wrongfully and arrogantly, though they themselves were convinced thereof. So, see what was the end of the mischief-makers.)(An-Naml:14)

“I do not think that it is necessarily the case that science and religion are natural opposites. In fact, I think that there is a very close connection between the two. Further, I think that science without religion is lame and, conversely, that religion without science is blind. Both are important and should work hand-in-hand. It seems to me that whoever doesn’t wonder about the truth in religion and in science, might as well be dead.”

Atheists admit their complete inability to learn the secret of the existence of life of any object whatsoever, small or big. They also admit that they are unable to return the soul to its owner if it were to reach the throat (upon death). Where then is that matter they flaunt about that is the creator of the universe?! Why do they not pray to that matter to return the soul after the body becomes a lifeless substance?

“Atheism is so senseless. When I look at the solar system, I see that the earth (is situated) at the correct distance from the sun to receive the proper amounts of heat and light. This did not happen by chance.”

Furthermore, how does humanity agree to respect religiosity to the extent they do, if what atheists are saying is true: that being religious is just a fantasy?! Why did prophets succeed throughout the ages and that which they left behind remain alive in the hearts of the people, while the ideas of humans die, are forgotten and are even abandoned over time, despite their owners’ sophistication in eloquence?! Furthermore, how can there be any differentiation between good deeds and evil actions; and what prevents an offender from committing his crime? What makes the heart of the rich pity the poor; and what prevents a thief, cheater, traitor or drug addict, from fulfilling their desires?

“The world is a miracle in beauty and order, and this can never be the result of coincidental causes. Rather, it is the making of a reasonable being Who sought good and arranged everything on purpose and with wisdom.”

Atheistic communities live among themselves like herds of wolves, engrossed in grievances, selfishness, love of desires, etc. Atheism, therefore, is one of the most important causes of misery, poverty, and the growth of hatred, anxiety and confusion. Allah, Almighty says: }124. But whosoever turns away from My Reminder, verily, for him is a life of hardship, and We shall raise him up blind on the Day of Resurrection.’’{(Ta-Ha 124)

Atheism is a void idea, not accepted by the mind, logic or instinct, for it is contrary to knowledge. It is for this reason that so many scholars refute it. It is also contrary to logic, for it is based on there being no logic in life, as (they view) that only a mere unknown coincidence created this marvelously designed universe. And this view does not fit our natural disposition, for a sound and natural disposition calls us to be religious, even for those who claim to be atheists: (And they belied them wrongfully and arrogantly, though they themselves were convinced thereof. So, see what was the end of the mischief-makers.)(An-Naml:14)

“…and so I now live in reality, and not in the great lie that is the facade of our modern lives; that materialism, consumerism, sex and drugs will give us lasting happiness. Now I see a world filled with happiness, enriched with love, peace and hope.”

Vainly man seeks independence by knowing the answers to these questions. Modern science cannot answer anything about these questions; because these issues fall within the circle of religion. For this there are several narrations, and a variety of myths and legends concerning these issues, adding to man’s confusion and concern.

Man can only reach adequate, fulfilling answers to these matters if God guides him to the Right Path that takes him to safety, and gives him a peace of mind, happiness and comfort.

These issues and questions, and other similar concepts, can only be settled through religion, because these issues are considered to be matters of the unseen. Moreover, the right religion is the only one that is true and tells the truth, since it was imparted from Allah alone, revealed by Him to the Prophets and Messengers. Almighty Allah says: }Say: “Verily, the guidance of Allah (i.e. Islamic Monotheism) that is the (only) guidance.{ (Al-Baqarah:120) He also says: Say (O Prophet): “Verily, right guidance is the guidance of Allah.’’(Al-`Imran:73)

It is imperative, therefore, for man to rid himself of his confusion, and thereby seek the true religion, learn it and believe in it. When this is done, doubts will melt away and he will be guided to the Right Path, to the path of happiness and a peace of mind.

Why was I created? Where will my destiny take me?!

“If you want to live a happy life, tie it to a goal, not to people or things.”

Allah says: (12. And indeed We created man (Adam) out of an extract of clay (water and clay).) (13. Thereafter We made him a Nutfah in a safe lodging.) (14. Then We made the Nutfah into a clot, then We made the clot into a little lump of flesh, then We made out of that little lump of flesh bones, then We clothed the bones with flesh, and then We brought it forth as another creation. So Blessed is Allah, the Best of creators.) (15. After that, surely you will die.) (16. Then (again), surely you will be resurrected on the Day of Resurrection.)(Al-Mu’minun:12-16)

Thus, eventually we shall be resurrected and sent back to Allah. This creation is not in vain – Exalted Be Allah from carrying out anything out of mere frivolity. It is the result of a great wisdom. Allah says: }“Did you think that We had created you in play, and that you would not be brought back to Us’’{(Al-Mu’minun:115)

God, therefore, did not create mankind and the jinn in vain. Rather, He created them to worship Him alone, taking no partner with Him. Worship in its comprehensive concept means: to do everything Allah loves and that pleases Him regarding the obligatory deeds, Salah, His remembrance, populating the earth, thus enriching it with life and civilization, and benefitting the people. The Almighty says: }And I created not the Jinn and mankind except that they should worship Me.{(Adh-Dhariyat:56)

There is a Creator of everything

“I exist; who then brought me into existence and created me? I did not create myself; I must have a Creator. This Creator must really exist, and He must be in no need of those who He brings into existence, or maintains for them their existence. This Creator should have all the attributes of beauty. This Creator is God, the Originator of everything.”

All people and humans will return to Him, and to Him is their destiny. Allah says: }and to Allah is the final return.{(Al-`Imran:28)

This certainty removes any absurdity from people’s lives, gives a meaning to life, and places happiness in their hearts and souls. Allah says: }35. Were they created by nothing, or were they themselves the creators?) (36. Or did they create the heavens and the earth? Nay, but they have no firm belief.{(At-Tur:35-36)

When man is unable to realize the secret of the universe but contemplates over the creation of Allah, and the earth, the stars and the rest of the planets, and the sequence of day and night, life and death, and everything else created by Allah in the universe, the one who does this will know and become innately assured that there is a Great Creator to this vast universe Who is stronger than him and deserves to be worshipped, and from Whom man seeks rewards and fears punishment. Contemplation over all this naturally leads a person to recognize the great, All-Able and All-Wise Creator, and that matter is nothing but one of His creatures that existed after it was nothing.

“The history of religion in general, and the history of monotheism in particular, shows us that believing in God alone is the only conclusive answer for each and every question about the origin of the universe and humanity, and the purpose of their existence; for there could never be any aim of human life except if there was a God, and every human religiosity originally refers back – whether being consciously aware of that or not - to the belief in one God.”

This is the All-Able and All-Wise Lord Who introduced Himself to His slaves and established His signs as proofs and evidences for them– even though He is not in need of doing that - and described Himself with the qualities of perfection. The divine laws, logical necessity, and one’s natural disposition all point to His presence, His Lordship and divinity, and all nations agree on this.

Tags: the right path what is the meaning of life Atheism 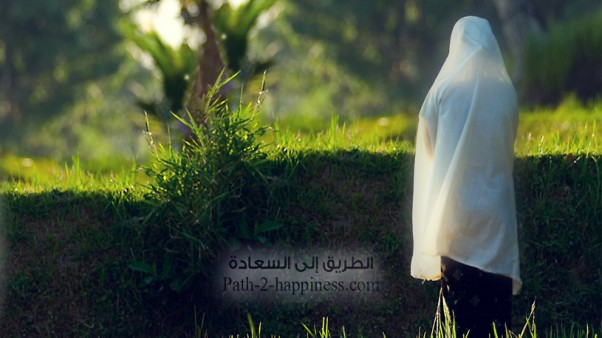 All people are looking for happiness, so where is the path!?

Evidences of the lordship of Allah

Evidence of the divinity of Allah Almighty