When Iman (Believing) in Allah disappears

When Iman (belief) in Allah disappears

When the key to Iman disappears from the lives of many people, the inevitable result is hardship and distress; this leads some communities to invent different and new ways and means of committing suicide to get rid of this life of hardship and distress. Praise be to Allah for the blessing of Islam and if one had no other blessing, it would be enough of a blessing. Contemplate on this piece of news:

A new method to leave this world :

Philip Nitschke, an outspoken euthanasia advocate in Australia, said: “The suicide device called the ‘Exit Bag’, which could be ordered by mail, is achieving high sales in the country.

He added that it is being widely used, and that many speak to him daily about it and its use, and about things related to it.

On the other hand a British woman, who was suffering from a disease that affects the nervous system and causes an inability to move, filled a lawsuit before the Supreme Court in London for her husband to be granted permission to help her in ending her life.

According to Radio London, 42-year-old &"Dayan Peretti&" was hit by a disease two years ago. The Radio added that she had resorted to the judiciary after the authorities refused to guarantee that they would not prosecute her husband if he helped her to end her life.

Allah, the Lord of might, says: &"And whoever turns away from My remembrance - indeed, he will have a depressed life&" (Tâ-¬Hâ: 124). 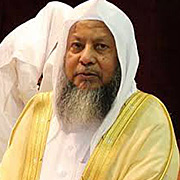 When Iman (Believing) in Allah disappears

The need of the slaves, the poor ones, for Allah Al-Ghani (the One Who is rich, free of all wants)

Allah Jalla Jalaluhu (May He be glorified)