 90
Abu Malik Al-Harith bin Asim Al-Ash`ar (May Allah be pleased with him) reported that: The Messenger of
Allah (peace be upon him) said: "Wudu' is half of Salah; the utterance of (Al-hamdu lillah - all praise belongs to Allah) fills the
Scales of good actions; the utterance of (Subhan Allah wa Al-hamdu lillah) (Allah is far removed from every
imperfection and all praise belongs to Allah) fills the space between the heavens and the earth, and Salat (prayer) is
light; and charity is the proof of Faith; and endurance is light, and the Qur'an is a plea in your favour or against you.
Every person departs; he either ransoms it or puts it into perdition".
[Muslim].

As-Sā’ib ibn Yazīd (may Allah be pleased with him) was a young Companion. He preformed Hajj with his family during the lifetime of the Prophet (may Allah's peace and blessings be upon him) in the Farewell Pilgrimage. The Prophet (may Allah's peace and blessings be upon him) approved that young children perform Hajj and said that they would be rewarded for it. However, it is considered a voluntary Hajj, and they must perform the obligatory Hajj after reaching puberty. The child does in his Hajj the same rituals that the adult does, including Ihrām, not wearing form-fitting clothes, saying the Talbiyah, and so on. If the child is unable to do any of the rituals, then his guardian - such as his father or mother - should do it on his behalf. 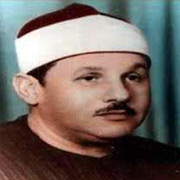 Rights must be fulfilled

Spread the greetings of Salam (peace)

Subscribe Now To Recieve Our News
Be a Muslim, believer and kind


The Messenger of Allah (pbuh)said