 310
A: It is prohibited to obey a person who directs towards disobeying Allah, whether they happen to be a shaykh or anybody else. This is based on the Hadith in which the Prophet Muhammad (peace be upon him) is reported to have said: There is no submission in matters involving Allah's disobedience. (Narrated by Imam Ahmad and Al-Hakim) The Prophet Muhammad (peace be upon him) is also reported to have said: "No one is to be obeyed except in Ma`ruf (that which is judged as good, beneficial, or fitting by Islamic law and Muslims of sound intellect)." (Agreed upon by Al-Bukhari and Muslim) Fast in the month of Ramadan is one of the five pillars of Islam. The Muslim is not allowed to abstain from fasting unless he has a valid legal excuse for missing it, such as suffering from illness or being on a journey. Still one is required to make up for the days of Fast they miss when his condition changes. This is based on the Ayah (Qur'anic verse) in which Allah (Exalted be He) says: So whoever of you sights (the crescent on the first night of) the month (of Ramadan i.e. is present at his home), he must observe Saum (fasts) that month, and whoever is ill or on a journey, the same number [of days which one did not observe Saum (fasts) must be made up] from other days. Allâh intends for you ease, and He does not want to make things difficult for you. (He wants that you) must complete the same number (of days), and that you must magnify Allâh [i.e. to say Takbîr (Allâhu Akbar; Allâh is the Most Great] for having guided you so that you may be grateful to Him. Moreover, one is not allowed to obey the orders of anyone (Part No. 9; Page No. 43) unless they are knowledgeable about Allah's Book and the Sunnah (whatever is reported from the Prophet Muhammad) of the Messenger of Allah (peace be upon him). They must be well known for their Istiqamah (steadfastness in religion). You must stay clear from deviant shaykhs and proponents of Sufism. You must also warn people against their evil. This is because they sometimes order people to make lawful what Allah has declared prohibited and vice versa. For example, they order people to hold them with much esteem as if they were lords beside Allah. Allah says regarding the Jews and Christians: They (Jews and Christians) took their rabbis and their monks to be their lords besides Allâh (by obeying them in things which they made lawful or unlawful according to their own desires without being ordered by Allâh) May Allah grant us success. May peace and blessings be upon our Prophet Muhammad, his family, and Companions. 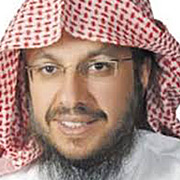 The Prayer abandoned intentionally or performed without ritual purity

Breaking the fast when the sun sets

Subscribe Now To Recieve Our News
Meaning of Imsak


Among the issues of Imsak and Iftar