Q 2: What is the ruling on someone who mocks a Muslim woman wearing the proper Islamic Hijab (veil) (Part No. 2; Page No. 25) or describes her as being a ghost or a moving tent and other such insulting words?

A: Anyone who mocks a Muslim man or woman for adhering to the Shari‘ah (Islamic law) is a Kafir (disbeliever), whether the object of ridicule is Islamic Hijab or any other matter of Islam. ‘Abdullah ibn ‘Umar (may Allah be pleased with them both) narrated: During the Campaign of Tabuk a man said in an assembly, ‘I have never seen anyone like these Qur’an reciters of ours. They have the biggest bellies, the most lying tongues and they are the most cowardly when encountering the enemy.’ Another man said, ‘You are lying, and you are a hypocrite. I will most certainly tell the Messenger of Allah (peace be upon him) [what you have said].’ The news was reported to the Messenger of Allah (peace be upon him), then Ayahs of the Qur’an were revealed (concerning this incident). ‘Abdullah ibn ‘Umar said, ‘I saw him (that man) hanging onto the saddle of the she-camel of the Messenger of Allah (peace be upon him), stumbling over the stones while saying, ‘O Messenger of Allah, we were just jesting and playing.’ The Messenger of Allah (peace be upon him) was reciting: "Was it at Allâh (عز وجل), and His Ayât (proofs, evidence, verses, lessons, signs, revelations) and His Messenger (صلى الله عليه وسلم) that you were mocking?" Make no excuse; you disbelieved after you had believed. If We pardon some of you, We will punish others amongst you because they were Mujrimûn (disbelievers, polytheists, sinners, criminals.). Thus, ridiculing the believers is equated with ridiculing Allah, His Signs and His Messenger.May Allah grant us success. May peace and blessings be upon our Prophet Muhammad, his family and Companions. 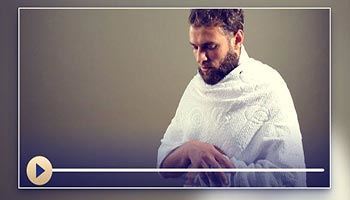 Ruling on declaring people disbelievers and discovering they are not

Ruling on mocking a matter related to the Hereafter